Engine manufacturers secure gasketed joints using either T-T-A (torque-to-angle) bolts or T-T-Y (torque-to-yield) bolts. Learn all about the similarities and differences of these fasteners.

T-T-A and T-T-Y fasteners are installed in a similar fashion. Both are installed to a low, base torque using a torque wrench. Then, the installation is completed by rotating them to a certain number of degrees, sometimes in several steps.

Using this installation method removes the factors that can affect proper clamp loads such as:

Torque-to-angle bolts are fasteners that are tightened to a specific amount of rotation or degrees to ensure the proper amount of clamp load is applied.

It is important to note that this isn’t a case of one bolt being better than the other. When designing the vehicle, manufacturers can select either type of bolt and be assured of a high level of performance. In fact, it is possible for some gasketed joints in an engine to use T-T-A bolts and for some to use T-T-Y bolts. 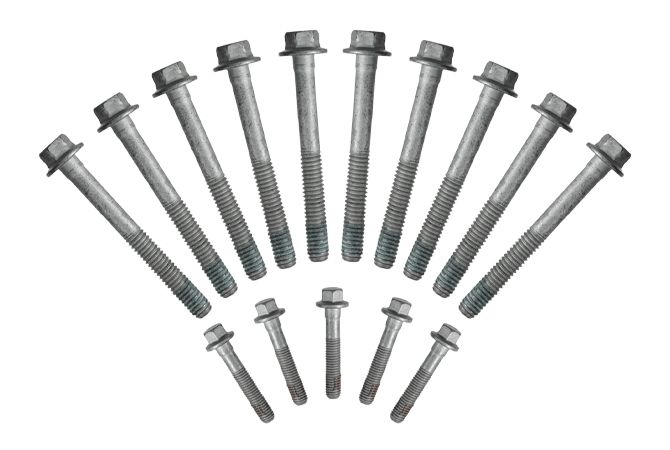 Torque-to-yield bolts are engineered to stretch within a controlled yield zone and maintain a consistent level of clamping force once they reach this zone. 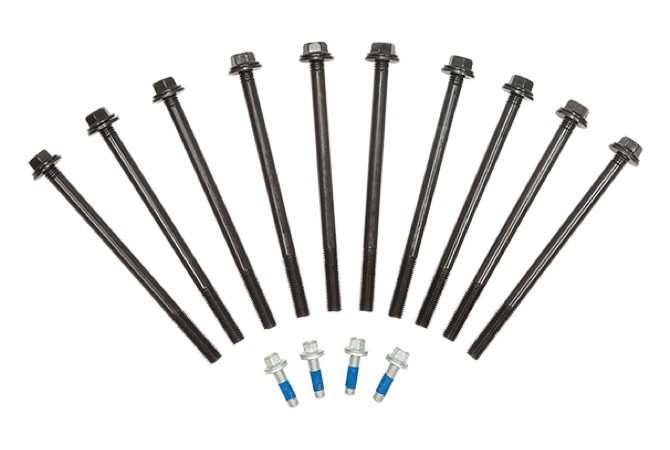 No matter which type of fastener is used, T-T-A and T-T-Y bolts both ensure that the right clamp load is being applied, making each style a better and more accurate way to apply clamp load to the joints. Both types of bolts are rotated to a specified degree, which is more accurate than using a torque wrench to achieve the final load on a clamped joint. Both start out with a low base or starting torque to start the process. This ensures that the bolts all start with the same base load on the joint.

The primary difference between T-T-A and T-T-Y bolts is the issue of reusability. Every fastener or bolt has a limit to which it can be stretched; this is commonly known as the yield of the bolt. Up until the yield point, if the load on the bolt is released, the bolt will return to its original length. This is how torque-to-angle bolts work. Because they don’t get stretched past the yield point, it is possible to reuse this type of bolt. T-T-A bolts should always be inspected before their reuse to make sure the threads are in good condition and have not been stretched. If the T-T-A bolt’s reusability is in question, replace it.

In contrast, T-T-Y bolts are tightened to their yield point, stretching them to the point that there is a permanent loss of elasticity. Torque-to-yield bolts should never be reused – once you go past the yield point, they’ll become weakened and won’t effectively apply the proper clamp load if they’re reused.

When installing a head gasket or any sealing joint that has multiple bolts, there is an important step you should take prior to starting the rotation sequence of the bolts. Once the bolts are installed to their base torque, be sure to mark the head of all the fasteners with a reference mark so you’ll have a visual reference to remind you of which bolts have been already rotated. This is important; if you are interrupted during your installation, if there are no indicator marks on the bolts. With T-T-A fasteners, you would have to start the installation over from the beginning.

While this tip is helpful for both T-T-A and T-T-Y bolts, it is crucial to do this with torque-to-yield bolts since you can’t reuse them. A lost place during the installation of T-T-Y fasteners would require starting the installation over with new fasteners. Reference marks on the bolt heads gives you a visual reference that you have installed all the fasteners to the same amount of rotation. Note – consult your vehicle’s service manual for the correct torque specifications and sequence.